Home Health How Erectile Dysfunction and Age Are Related

How Erectile Dysfunction and Age Are Related

Understanding what causes ED means you can prevent it before it starts.

However, it’s important to understand that with erectile dysfunction, correlation is not causation. Aging isn’t increasing your risk for experiencing ED; a number of factors play into ED, including your overall health, diet, and lifestyle choices. Many of these factors are controllable, meaning that erectile dysfunction can be diminished or reversed with easy corrections to your daily habits to improve your health.

In this guide to understanding erectile dysfunction, we’ll explore the relationship between age and ED, and dive into symptoms, causes, and a host of ways to prevent and treat ED, regardless of your age.

Do You Have Erectile Dysfunction?

I say all that with the following caveat: 20 percent of men have something happen during a moment of intimacy that results in difficulty in erection. Whether that’s stress from work, they’ve ingested marijuana or another drug, or something else is affecting them physiologically. If that’s what’s happening in your experience, that does not meet the criteria for ED. You should see treatment only if ED is occurring 50 percent of the time.

The big kicker here is that even if it only happens to you once or twice, it affects you psychologically. You can get in your head too much and easily go from having a few occurrences of ED to having ED episodes 50 percent of the time.

How Are ED and Age Related?

They’re related in that as people get older, they get sicker. The underlying issues are what causes the ED, not the age itself. A 70 year old is more likely than a 25 year old to have more chronic illnesses and health issues that could impact his ability to achieve an erection. This is the reason that the ED percentages increase by 10 percent with each decade; your likelihood of having issues that affect your overall health increases, too. But if those underlying issues are present when you’re in your 20s—if you’re unhealthy in your youth—you can still suffer from erectile dysfunction.

At What Age Does ED Commonly Start?

As men age, their testosterone decreases, and that plays a factor in ED to an extent, too. The effects of low T start to grow increasingly apparent around 40, and most studies are showing ED commonly starting at age 40 and above; few focus on men under 40. Anecdotally, I see a lot of younger guys who have ED, but healthy guys don’t have this issue. The younger guys who have ED are the ones with metabolic syndromes, going into Type 2 diabetes or they’re abusing drugs. It’s always something that they can turn around and correct.

ED shouldn’t be normal at 35, not if you’ve got no trauma, no past history, you’re eating a well-balanced diet, sleeping well and exercising. The only exception here would be a trauma to the groin, like a severe bicycle injury. If you’re under 40 and you’re healthy and you have ED, you need to see a doctor. Something else is going on; it’s often a precursor for heart disease. When someone young tells me they have it, I go first to the family’s history of heart disease. ED can show up three years prior to a cardiac event.

Yes, it’s very common, as we’ve discussed above. But it’s disturbing for these individuals. If it happens to you, you feel like someone is wrong with you; you feel like the few among the masses, but you’re actually among the masses. Because this is a common problem that’s very treatable with very specific actions and behaviors, you should have hope.

Will Every Man Get ED?

Statistically 1 in 10 men will experience erectile dysfunction at some point in their lives. However, if you get up to 100 years old, then yes, you will likely experience ED.

It’s vital to identify the root cause of the ED instead of merely writing a script for a pill to treat the symptoms. Any doctor worth his salt will take a deep medical history to see what’s causing the dysfunction. It becomes vital to focus on these underlying conditions to identify the culprit. A number of these issues are physical, including:

Other risk factors can contribute, too. These include:

Not all causes are physical. An erection requires an impressive number of physiological sequences to properly align, and if there’s a disconnect psychologically, then the erection may not occur. There are some people who have performance anxiety. They’re worried about how they’re going to perform and that affects the brain; the libido goes down, the stimulation from brain to genitals goes down, and dysfunction happens. Overcoming performance anxiety is a really important element because it compounds. We usually give a pill like sildenafil (Viagra) or vardenafil (Levitra) or tadalafil (Cialis) to help the guy regain confidence and when he does, then we drop the pill after that.

Other psychological issues stem from the relationship between the guy and his sexual partner; if there are issues in that relationship, ED can result. Depression is another big cause; the higher the depression the higher the ED. Some people have had sexual abuse in their past, which doesn’t come out easily, if at all. That can bring a psychological component because often times those individuals experience a high amount of guilt and don’t think they’re good enough to participate in an intimate moment.

Other mental factors include high levels of stress, either at work or within home life. And even anger can be a large problem. For men who are easily angered, the stimulatory process is slowed and driven down. 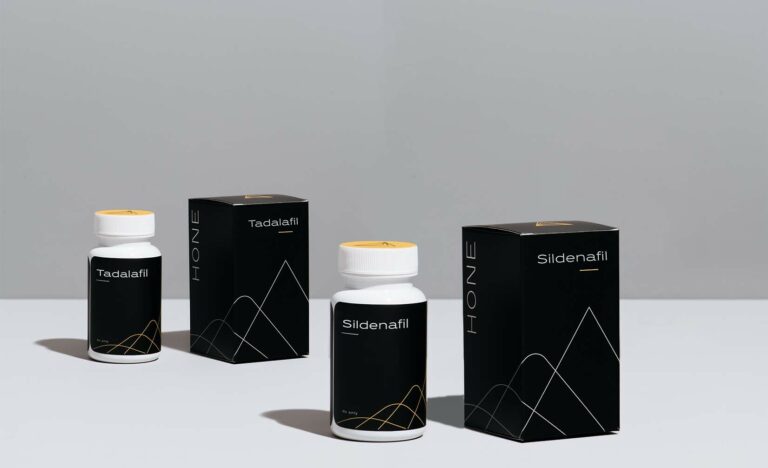 Could Low T Be Causing Your ED?

Hone’s at-home assessment, which you can take from the privacy of your home, can analyze your testosterone levels.

ORDER NOW
Statistically 1 in 10 men will experience erectile dysfunction at some point in their lives.

When Should You Talk to Your Doctor About ED?

If you’re experiencing ED during more than 50 percent of your sexual experiences, it’s time to talk to your doctor. Your doctor will determine whether it’s a decrease in your libido, due to one of the causes listed above, or whether it’s a blood flow issue, also likely caused by one of the above issues.

Are There ED Tests?

If those blood tests are normal, and your doctor is struggling to see the root cause, the next step would be to ultrasound the penile area to see if there’s a blood flow blockage among the vasculature.

If there’s no visible signs of blood flow issues, you’re likely dealing with something psychological.

But there are other ways to determine whether it’s a physical or mental issue, including small straps that go on the penis at night and attach to a machine that monitors your erections during the night. It’s normal to have between three and five erections each night, and if those are occurring and they’re maintained, then you know it’s psychological.

Lastly, you can inject medications, via a very small diabetic needle, into the shaft of the penis. The medicines are vasodilators, which help open up the blood vessels, increasing the chance of an erection. If you can get an erection, post-injection, then your issue is more psychogenic.

What Are ED Treatments and Cures?

ED is very treatable and curable. As mentioned, you need to fight the pathology that’s causing the root issue of your ED. Correct an improper diet; transform a sedentary lifestyle into an active one; achieve the right amount of meaningful sleep each night. Otherwise, you’re just treating the symptoms.

You can treat the symptoms. Vasodilators like penis pumps can be effective. These create a vacuum, and under that negative pressure, it forces blood into the shaft of the penis. You’ll then put a ring at the base of your penis to keep the blood locked inside the shat. You can then maintain some form of erection.

But I think quick fixes, such as a penis pump, like going into a room where the faucet’s running and the sink is overflowing and instead of turning off the water, you try mopping the floor. You’re not addressing the right problem.

Can ED go away on its own? Without medical intervention, yes. Without lifestyle changes, probably not. And it’ll likely worsen.

What Can Men Do to Prevent ED?

The advice for young men looking to prevent erectile dysfunction is simple: maintain a healthy lifestyle. Try a more plant-based diet, rich in green leafy vegetables, which promote nitric oxide, which is a natural vasodilator. When you do eat meat, eat lean meat. You want to decrease fats, sugars, and salts; amounts of any of those leads to inflammation which leads to disease. Decrease your processed foods overall. Shop the outer part of the supermarket, where the fresh produce usually is, versus the inner aisles where things are more packaged and processed. Increase your fiber and water intake.

Exercise in a way that reaches your target heart rate for 150 minutes per week. Make sure you’re doing some strength training along with flexibility movements. Mitigate your stress with breathing exercises. Try yoga or meditation to help reduce anxiety further. Make sure you’re sleeping at least seven or eight hours per night.

Make healthier lifestyle choices. Avoid drugs; reduce your alcohol intake; eliminate smoking. Couple all of this with regular checkups with your general practitioner and you can stay ahead of erectile dysfunction from a very early age.

Could Low T Be Causing Your ED?

Hone’s at-home assessment, which you can take from the privacy of your home, can analyze your testosterone levels.

The Surprising Reason Viagra May Help You Live Longer

TriMix Is a Solid Option for Treating ED, But Overdoing It Can Cause This Scary Consequence