Home Health Here’s Exactly How Much Deep Sleep You Need, According To Sleep Experts

Here's Exactly How Much Deep Sleep You Need, According To Sleep Experts

What you should know about this critical stage of shuteye—including its impact on your hormones.

You wake up, check your sleep tracker, and get confirmation of what your foggy head has already told you: despite clocking a full eight hours of shuteye, you feel lousy. How can that be? Turns out, great sleep isn’t just about logging a certain number of hours. Sleep is a complicated system with different phases that your body cycles in and out of throughout the night. And experts say that one phase—deep sleep—is where the restorative powers of snoozing kick in. But how much deep sleep do you need? And how do you know if you’re getting enough?

Deep sleep begins about 30 minutes after you nod off, and lasts as much as an hour at a time. Your body moves in and out of deep sleep about every 90 minutes. It’s during this phase that the magic happens. Your brain consolidates memories, makes new neural connections, and more.

Research shows that a chronic lack of sleep, especially a lack of deep sleep, increases your risk of high blood pressure, heart disease, diabetes, depression, erectile dysfunction, and low testosterone, among other problems.

How Much Deep Sleep Do You Need?

So how much deep sleep do you need—and are you getting enough? To answer that question you need to understand the whole sleep cycle, and how to optimize your night.

There are two basic kinds of sleep: rapid eye movement (REM) sleep and non-REM (NREM) sleep (which is dreamless and is divided into three stages). Each stage of sleep is linked to specific changes in brain waves and activity. During a typical night, you cycle through each sleep stage several times.

You cycle through all stages of non-REM and REM sleep several times during a typical night, with increasingly longer, deeper REM periods occurring toward morning. (1)

This stage is the transition from wakefulness to sleep. During these few minutes of relatively light slumber, your brain waves, heartbeat, and breathing slow and your muscles relax. If something wakes you, you might not even realize that you were asleep. This stage typically accounts for 5-10% or less of the total sleep time in adults.

Stage 2 NREM sleep typically accounts for the largest percentage (about 45-55%) of your total sleep. During this stage, your muscles continue to relax, your heartbeat and brain waves slow down more, and you start to transition to deeper sleep.

This stage accounts for around 10-20% of your sleep cycle, this is the point where you enter into the deeper stages of sleep. Getting enough Stage 3 sleep is critical for feeling refreshed when you wake up. Your heartbeat and brain waves are at their slowest during this stage Stage 3 NREM, which lasts about 70 to 80 minutes.

REM sleep is characterized by active dreaming and rapid eye movements (hence the name). Your breathing, heart rate, and blood pressure increase to levels similar to when you are awake. Most of your dreaming happens during REM sleep. Most people get less REM sleep as they age.

While REM sleep accounts for less than a quarter of total sleep time, the function of REM is still an area of debate. One hypothesis suggests that this is a time of memory consolidation during which important neural connections are restored and reorganized (2).

What is Deep Sleep?

Deep sleep or non-REM Stage 3 sleep occurs during the beginning of the night, typically within an hour of falling asleep. You experience increasingly shorter periods of deep sleep as the night wears on. It is typically more difficult to wake someone from a deep sleep—which may be Mother Nature’s way of making sure you get the Zs you need. Waking out of deep sleep can make you feel mentally foggy.

During deep sleep, activity in the brain appears in long, slow waves called delta waves. These waves have a frequency of 0.5 to 2 Hertz.

Why Is Deep Sleep Important?

All stages of sleep are important, but deep sleep is especially critical for good health. Some scientists hail it as the most restorative sleep stage.

Here’s why: During deep sleep your body weeds out and removes unnecessary neural connections and updates neural circuits. Deep sleep also plays an integral role in memory and cognitive function (3). Every day your brain evaluates new memories and keeps the most important ones. Deep sleep is thought to play a role in language learning, motor skills, and brain development.

The Link Between Deep Sleep and Testosterone

Sleep is intimately related to the release of reproductive hormones like testosterone, and that a lack of deep sleep can impact hormone levels (5).

Studies show that the highest levels of testosterone happen during REM sleep. So if you’re losing sleep, you’re also depriving yourself of testosterone production time. Sleep disorders, including interrupted sleep apnea, have been linked to low testosterone levels (6). Men with obstructive sleep apnea are also more likely to suffer from complications to their sexual function, including low libido, erectile dysfunction, and impotence.

Low testosterone can also contribute to insomnia, according to research in the Journal of Cachexia, Sarcopenia, and Muscle.

The rate of secretion of human growth hormone is also greatest during deep sleep (7) and the nervous system shifts from a sympathetic (fight or flight) to a parasympathetic (rest and digest) dominance during deep sleep. In other words, cycling through the deep sleep phase is critical for maintaining hormonal balance.

Related: Common Conditions That Mess With Your Hormones

How Much Deep Sleep Do You Need?

If a sleep study (a non-invasive, overnight exam that allows doctors to monitor your sleep) shows that your slumber falls outside of this pattern, you may have a sleep disorder, which should be discussed with your doctor.

So how much sleep—and how much deep sleep do you need? If only it was as easy as giving a number. Sleep need varies by person. One approach for determining what your personal sleep need: track how long you would sleep if you were left to wake up spontaneously, without an alarm. Another way to tell how much sleep you need is to change the number of hours you sleep and notice how refreshed you feel after a certain amount of sleep time.

What Happens If You Don’t Get Enough Deep Sleep?

These days, plenty of people don’t get enough sleep, including enough deep sleep. Work demands, social and family responsibilities, medical conditions, and specific sleep disorders can all contribute to a lack of quality sleep.

But if you don’t regularly get enough sleep, you won’t just feel groggy. An accumulated sleep debt has been linked to decreased performance at work (8), in your home life, and even in the bedroom. It may also put you at an increased risk for accidents and death.

Inadequate deep sleep can result in:

One night of insufficient deep sleep may lead you to experience difficulty learning and remembering information. Catching up on sleep may reverse some of these effects. 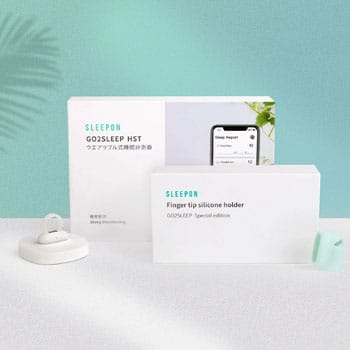 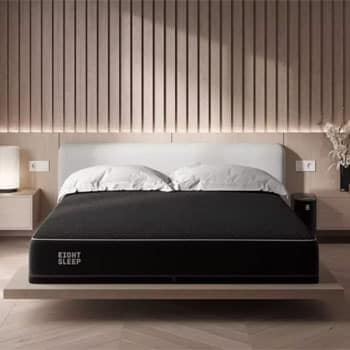 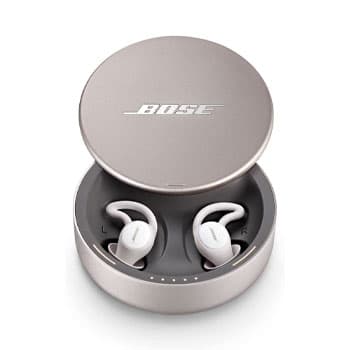 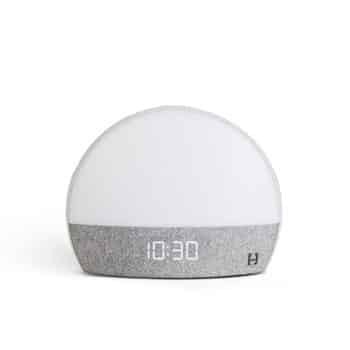 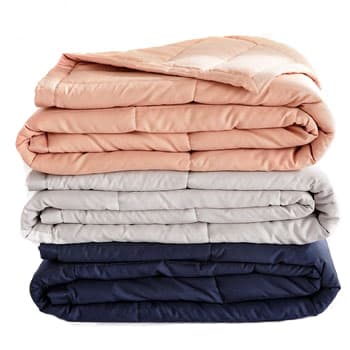 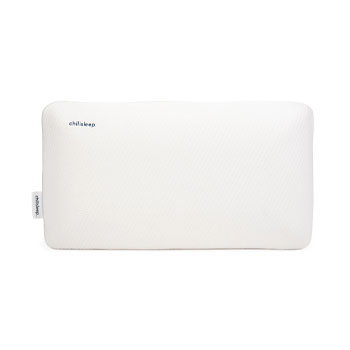 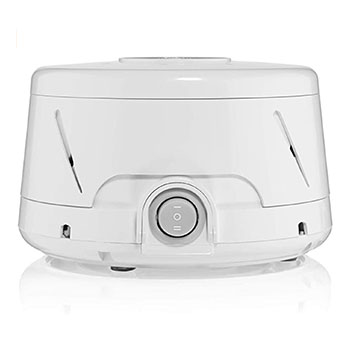 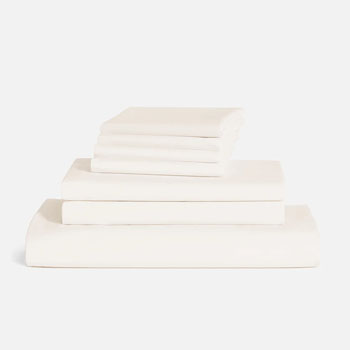 Sleep has two dimensions: duration (quantity) and depth (quality). If you don’t get enough sleep both in duration and depth, your overall quality of life can be greatly affected. Signs you are not getting enough deep sleep include:

How to Increase Deep Sleep

Scientists have been exploring whether you can change or improve certain stages of sleep. While there are still many unknowns, scientists do know that the amount of deep sleep you get (and need) is regulated by a host of factors, including the amount of sleep you have gotten in previous nights, core body temperature, plasma melatonin, and cortisol. But these strategies may help improve your deep sleep.

Some studies have shown that decreasing your sleep pressure (hunger for sleep), whether or not you are sleep deprived can decrease the time spent in non-REM sleep, which also includes the deep sleep stage. That means if you got a poor night’s sleep one night, you’re better off powering through the day and going to sleep at a normal time than grabbing a nap mid-day.

The use of guided, meditative imagery may also have a positive impact on deep sleep. If you use a sleep tracker and it shows that you are regularly skimping on deep sleep, doing a quiet meditation or some deep breathing before bed could improve your slumber.

Developing good sleep habits is also important. Good sleep hygiene can improve your overall sleep and therefore the quality and duration of deep sleep. Recommendations include:

The Bottom Line
Deep sleep is especially critical for good health, playing a role in memory, cognitive function, and other processes, including the production of testosterone. How much deep sleep do you need? Rather than fixate on a certain number of hours, look for symptoms that your sleep is inadequate, such as weight gain, low libido, difficulty focusing, and low energy. Improving your overall sleep hygiene can help you get more—and better quality—deep sleep.

10 Sleep Apps That’ll Have You Snoozing in No Time

Here’s How Alcohol Messes With Sleep

The Expert-Approved Way to Wake Up Refreshed and Pain-Free