Home Health If You Want to Live Longer, Double the Amount of Exercise You Do

If You Want to Live Longer, Double the Amount of Exercise You Do

It’s a lot of extra hours, but you know, worth it.

If you’re currently hitting the American Heart Association’s recommended amount of weekly exercise, give yourself a high five. But a new study suggests that if your aim is to live longer, you’ll need to at least double that.

A large-scale study published in the American Heart Association’s journal Circulation found people who exercised two to four times more than the weekly minimum recommendation of 150 minutes of moderate activity (think: walking or weightlifting) reduced their risk of an early death by as much as 31 percent, while people who logged two to four times the recommended 75 minutes of intense activity (e.g.: running, swimming, biking) reduced mortality by up to 23 percent.

The study pushed back on previous research that suggests high-intensity endurance sports like marathons can cause heart damage.

Researchers combed through 30 years of medical records for 116,221 adults to land on these figures. They looked at how much activity people said they did, how long they did it, and how much leisure time they got.

Doubling or quadrupling the recommended weekly minimum activity level provided the biggest reduction in mortality, but people who hit the threshold also saw benefits: People who did 150 minutes of moderate exercise weekly had a reduction in mortality risk of 20% to 21%, while those exercised vigorously for 75 minutes had a 19% reduction.

“Our study provides evidence to guide individuals to choose the right amount and intensity of physical activity over their lifetime to maintain their overall health,” said Dong Hoon Lee, Sc.D., M.S., a research associate in the Department of Nutrition at the Harvard T.H. Chan School of Public Health in Boston, in a press statement.

“Our findings support the current national physical activity guidelines and further suggest that the maximum benefits may be achieved by performing medium to high levels of either moderate or vigorous activity or a combination.” 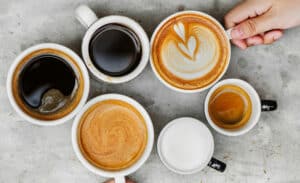 What About Heart Health?

Previous studies on high intensity exercise suggest that cranking up intensity and duration could have negative effects on heart health, but this study refutes that idea. The researchers found no harmful cardiovascular impacts from working out harder, or for longer.

“This finding may reduce the concerns around the potential harmful effect of engaging in high levels of physical activity observed in several previous studies,” Lee noted.

Former president of the American Heart Association Donna Arnett, Ph.D., agrees with Lee’s conclusion. She was not a part of the study.

“We have known for a long time that moderate and intense levels of physical exercise can reduce a person’s risk of both atherosclerotic cardiovascular disease and mortality,” Arnett said in the statement.

Glutathione Side Effects: Everything You Need to Know

If You Want to Live Longer, Double the Amount of Exercise You Do