Home Health I Had a Heart Attack at 42. Since Starting TRT I’m Healthier Than Ever.

I Had a Heart Attack at 42. Since Starting TRT I’m Healthier Than Ever.

When I was 42, I was training for my second marathon. One morning, a friend and I headed out for a long slow run. It was one of those beautiful El Paso January days where the sun is shining and the weather is perfect. As we chugged along, I felt a tightness in my chest. The pain went away when I slowed down but I decided to cut our run short. Heart disease runs on the male side of my mom’s family—I had been taking statins since my 20s to bring my cholesterol down—and I didn’t want to take any chances.

I went home and booked a stress test, just to be safe. Midway through it, the administrator stopped the test, gave me a nitroglycerin pill and told me I was having a heart attack. At the hospital, an angiogram revealed a 95 percent blockage in my left descending coronary artery (the widowmaker) and an 85 percent blockage in the right.

Doctors cleared the blockages and installed a handful of stents. Soon after, I quit my stressful career as a police officer and went back to school to pursue a degree in exercise science. I ate well, still ran marathons. A few years later I had some mild chest pains while running with my son, and the doctors cleaned out some additional blockages. But I still felt pretty good, all things considered.

How I Discovered I Had Low T

About five years ago, I started seeing a new general practitioner. At my first appointment I told him about the heart attack, as well as some new symptoms I’d started to have. I’ve worked out my entire life and have never been overweight, but I was struggling to keep weight off. I was having some mood swings, and even got teary one day at work when a customer started yelling at me on the phone, which was really unlike me—I had been a cop in charge of the SWAT team for years. I could handle pressure. I asked my doctor, “Is this just old age and getting sentimental?”

He started talking about cholesterol and testosterone. He told me that he thought my symptoms might be caused by the cholesterol medication [editor’s note: statins may cause weight gain and have been linked to mood changes]. He also thought the meds might be messing with my hormones [the research is mixed on the impacts of statins on testosterone], so he ordered a full hormone panel.

The test showed that my testosterone was low—below 100—and my estrogen was high. He suggested I stop taking my cholesterol-lowering medication, and prescribed TRT. I started getting testosterone shots in his office, which helped get my T levels in the low-normal range.

Related: What Is Testosterone?

Hone’s at-home assessment measures your testosterone levels, along with other biomarkers critical for good health.

How My Body Changed After TRT

Almost immediately, I felt great. I easily lost the 10 pounds I’d put on, without ramping up my workouts. My joints didn’t hurt as much when I got out of bed in the morning. I just felt better all around. More energetic.

From a fitness perspective, I’ve never wanted to be a big body builder, or bench 400 pounds. I’ve always been kind of a skinny fat guy. But after starting TRT, I got more muscular. It’s pretty nice when you look in the mirror and you’re like, “Damn, I’ve never looked as good in my life.” I recently found an old picture. I was probably 30 or so and I have a dad bod. That’s when I probably should have been in my prime but I’m so much fitter now.

I don’t lift heavy because of injuries but I still lift daily. I’m almost 62 and I can probably lift more than most people half my age. I don’t know what I expected at this age, but I didn’t expect to be here. Every year, I do my age in a single set of pushups and I can still do it. I can do way more pull ups than anybody else I know. I’m sure being able to do that has got to have something to do with the hormones.

The Health Benefits of TRT

My son, who is now 31 years old, was diagnosed with brain cancer when he was 19 years old. He’s basically disabled and I’m his primary caregiver. So I didn’t want to die of a heart attack. 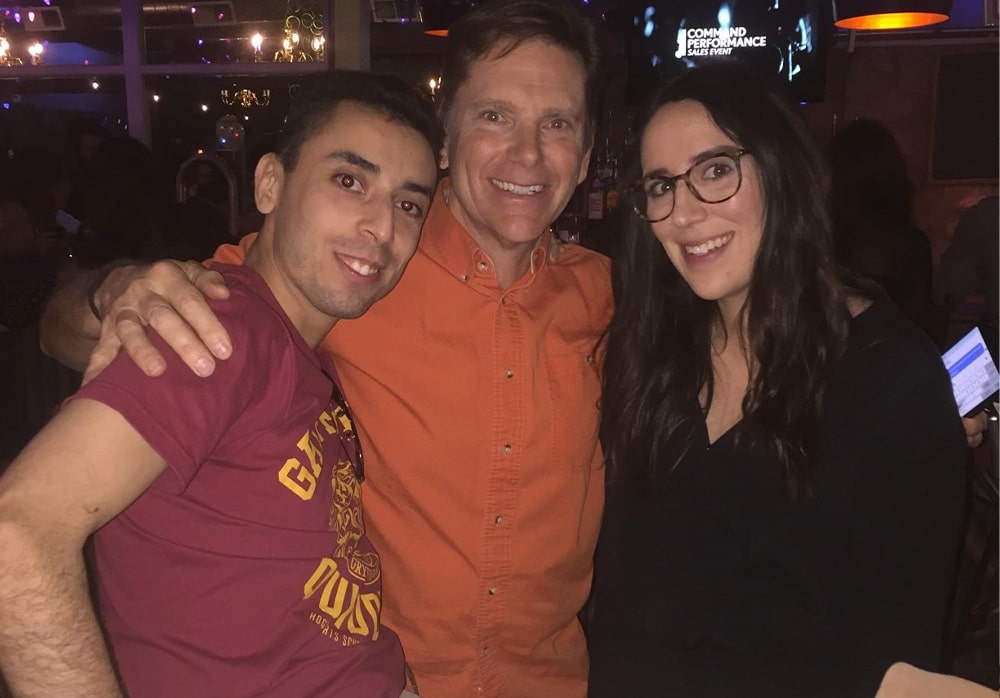 The test showed that my testosterone was low—below 100—and my estrogen was high.

The biggest, the most important change I’ve experienced is that I haven’t had a single heart problem since starting TRT. To me, that’s way more important than any aesthetic perks.

I stopped taking statins when I started TRT. Since then, my cholesterol and triglycerides have been normal. I don’t know if that’s due to the testosterone, but I’ve noticed that if I keep my body weight and body fat down, then my cholesterol is lower. And the TRT seems to help with keeping my body fat low.

That doctor in El Paso closed his practice during COVID; that’s how I came to Hone. But my cholesterol is still in a healthy range. It’s something I keep an eye on, along with other factors.

For example, during my most recent Hone visit the doctor said she was a little concerned about my estrogen starting to rise. We agreed to take a holistic approach and try to bring it down through diet and lifestyle changes. Drug treatments might be right for someone else—a natural approach just feels like the best one for me.

Related: Lose Weight and Boost Testosterone with a Keto Diet

My Advice About TRT: “Just Try It”

I know that some guys are embarrassed to say that they’re on TRT because they think it means that they’re less of a man. But I never felt that it was a shameful thing. I trusted the doctor who put me on TRT in the first place, and I trust the physicians at Hone. I feel like I’m in control of my health. Nothing fazes me like it used to. Sure, I tear up at Hallmark commercials, but who doesn’t? My son is in remission but he still has seizures and he falls down every day. But I’m able to deal with it. Some of my friends have tried over-the-counter testosterone boosters, but I tell them to take a test, and see a doctor if they’re having some of the symptoms I did. A lot of them are on pills for all kinds of stuff, but they haven’t had their hormones tested. I tell them, “Just try it.”

10 Sleep Apps That’ll Have You Snoozing in No Time

Here’s How Alcohol Messes With Sleep

The Expert-Approved Way to Wake Up Refreshed and Pain-Free