Home Health Dealing with Depression and My Newest Investment

Dealing with Depression and My Newest Investment 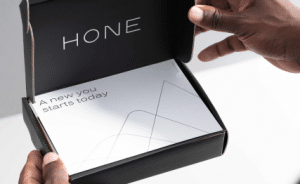 Hone tests for and treats low testosterone from the comfort and privacy of your home.

I don’t normally write about—or record videos about—my investments. I’d prefer they speak for themselves over time. But in this case Hone changed my life, and I think it’s important to spread the word to those who could also be helped.

I don’t profess to be an athlete or “health nut,” but I do regard myself to be pretty healthy, physically and mentally. I stick to a fairly healthy diet, get seven and a half hours of sleep every night, and go to the gym on a regular basis.

But all of a sudden, none of that seemed to matter. Regardless of whatever I tried, I felt super-lethargic, and I couldn’t focus on the things that I knew intellectually were important to me.

Simply, I woke up feeling like crap. For months on end.

I tried everything, including therapy for about a year, as well as couples therapy, to see if I could figure out what was wrong with me.

Ultimately, I realized it was a deeper problem. It wasn’t just in my head. It was biological.

The truth is, I only started suspecting there was more to my (I don’t know a better way to say this) lifelessness after the “intangible something” that plagued me mentally and emotionally began affecting me physically. Specifically, my libido.

Related: How to Talk to Your Partner About Low T

I could hide the other stuff; I am publicly successful and no one would notice. But when you’re with someone, an idle libido isn’t a problem you can really hide — nor should you. It’s going to affect them as well as it does you. In my case, it did, and it was hurting my relationship.

It’s also what provided me with the “waking up” moment I needed, to push me to admit that perhaps this was a real, doctor-diagnosed issue.

Still, I didn’t talk to anyone else about this. How could I? It’s not something anyone (at least anyone I know) feels comfortable discussing. I even used to hit the Incognito tab whenever I Googled around in search of answers.

Then I got an email from Ankur Nagpal, a friend and founder of Teachable. Within an investor update, he mentioned backing a men’s wellness optimization company: Hone. I went to their website, which was not nearly as beautiful as it is now, but that didn’t matter — I had a problem and I wanted to solve it. While it lacked the pixels at the time, it gave me confidence in Hone’s at-home assessment and optimization treatment.

Doing the quick, at-home assessment was easy and pain-free. Soon after, I spent 30 minutes reviewing my results with a licensed physician that specializes in men’s hormones, and the diagnosis was clear:

I had low testosterone at the age of 27.

I was shocked at how low my testosterone levels were. I had to review and re-review the results several times before they felt “real” to me. I think the doctor said I had the testosterone levels of an 85-year-old. Part of me was skeptical and part of me was relieved since there may be an easy answer to this huge life dilemma that had been plaguing me for years. I did my research and I was truly surprised to learn how large the problem was, and how it was becoming very common for younger males.

Forty percent of men over 35 suffer from hormonal imbalances and low testosterone. That’s nearly 30 million men, and the rate has been accelerating at an alarming rate over the past few decades.

I no longer felt alone in this.

This was a real problem that millions experience, but the stigma and lack of education just holds us back from seeking treatment.

I must admit that reading through the symptoms of “Low T” felt like I was in a bad infomercial: low energy, loss of focus, low libido, weight gain, loss of muscle mass, poor sleep, moodiness, irritability and feeling sad.

Rather than shy away, I was at a point where I needed to lean in and just accept that this was me now and I wanted to get back to feeling like myself. There is no shame in wanting to be there for the people that have been so supportive for me.

Thankfully, my physician was thorough. No aspersions were cast on me, and the doctor’s diagnosis of my results really drove home the fact that I was genuinely experiencing a physical, biological problem.

A few months after beginning treatment, my energy, my libido and my desire to be more outgoing returned. Most important, so did a more optimistic view of the world around me. I started feeling good again.

Until then, it hadn’t even dawned on me just how much I had missed that feeling. It’s something I’ll never again take for granted.

In the year since I became a Hone customer (and eventually, a proud Hone investor), retesting shows that my levels continue to improve. Do I feel euphoric? Of course not. Do I still experience ups and downs? Certainly.

But I do feel good again; I feel normal. I’m excited that I get to begin every day believing that I can feel even better if I keep going, instead of only worse.

I’m really excited about Hone. It’s a mission-driven company that was started when Saad, the CEO and co-founder, experienced low testosterone himself and was inspired to help the millions of men that struggle find themselves again.

I hope that my journey resonates and helps men feel like they are not alone. If you have any questions, you can find me @shl.

Ready to find out your testosterone levels?

Let’s help you figure it out. Order Hone’s at-home testosterone assessment today. It’s fast, simple, and you can do it from home.

There Are Plenty of Natural Ways to Boost Testosterone. Intermittent Fasting Isn’t One of Them.

Do You Know What Your SHBG Levels Mean? Here’s Why You Should.

Why No Fap Is Total BS, According to a Urologist