Is guzzling alarming amounts of Diet Coke the secret sauce behind billionaire brains?

Back in April 2022, when billionaire Elon Musk first made a bid to buy Twitter, he posted, “Next I’m buying Coca-Cola to put the cocaine back in.” While the controversial CEO was obviously joking, his Diet Coke habit would suggest that the soft drink is already addicting enough as it is.

In recent years, Musk has pivoted to caffeine-free diet coke, after drinking up to 8 cans of the leaded version daily, on top of his coffee. And at 46mg of caffeine per can, that adds up to at least 400mg of caffeine— conservatively.

“I got so freaking jacked that I seriously started to feel like I was losing my peripheral vision,” he said in an interview with Inc at the time.

“Now, the office has caffeine-free Diet Coke,” he reported. As does his home. A perplexing snap of Musk’s bedside table revealed four fallen soda soldiers—and a penchant for guns…?

Presuming the Chief Twit is still chugging eight cans a day, even if it’s caffeine-free, that still ain’t great. One 12-ounce can contains 40mg of sodium, about two percent of your daily allowance, meaning Musk’s notching 16 percent of his salt intake right off the bat.

Then there’s the aspartame, the artificial sweetener Diet Coke uses in lieu of sugar.

While both sugar and aspartame are addicting, per the Cleveland Clinic, “artificial sweeteners  may be likelier to make you get hungry, eat more throughout the day, and develop diabetes.”

And aspartame has been linked to behavioral and cognitive problems, including irritable moods, anxiety, depression, and insomnia. (Does it surprise you to now learn that Donald Trump drinks up to 12 cans of Diet Coke per day?)

Maybe the lack of sleep bit is why Musk is able to crank out 120-hour work weeks.

Musk’s system’s about to get a shock: as of August 2022, Coke is rolling back production of caffeine-free Coke, allegedly due to a can supply shortage and it be a less popular product.

Interestingly, Musk is far from the only successful billionaire with a Coca-Cola problem. Here are a few other billionaire tycoons who swear by the drink.

In 2014 on his personal blog, the co-founder of Microsoft wrote, “Once I’m at the office, I usually open a can of Diet Coke.”

Gates admits to drinking three to four cans per day, which isn’t at bad as Musk, but that’s also a low barometer.

Gates also flexed on Twitter about how much waste his habit adds up to “35 pounds of aluminum a year.” Fans of his Netflix documentary “Inside Bill’s Brain: Decoding Bill Gates” have even gone as far as to call the philanthropist a brand ambassador for the beverage:

Inside @BillGates Brain! So interesting. He seems really down to earth. Just one thing.. Is he a brand ambassador for @DietCoke or does he just like it a lot? #InsideBillsBrain pic.twitter.com/d1jDY964Ao

Warren Buffett is regarded as one of the most successful business investors in the world, but the chairman and CEO of Berkshire Hathaway can’t seem to invest in his own nutrition.

And although he drinks Diet Coke, Buffett has a sweet tooth for Cherry Coke, a flavor that reportedly prompted him to change from Pepsi to Coke back in 1985.

As for why a disproportionate amount of billionaires appear to be hooked on Diet Coke, according to Gary Wenk, director of neuroscience undergraduate programs at the Ohio State University and author of “Your Brain on Food,” the combination of sugar, caffeine, and carbonation makes soda uniquely addictive, and sugar-substitutes are similarly addictive.

So it’s not that there is something secret these billionaires know about Diet Coke that the rest of us commoners don’t. These rich guys are just as powerless over that sweet, fizzy-lifting drink as the rest of us. 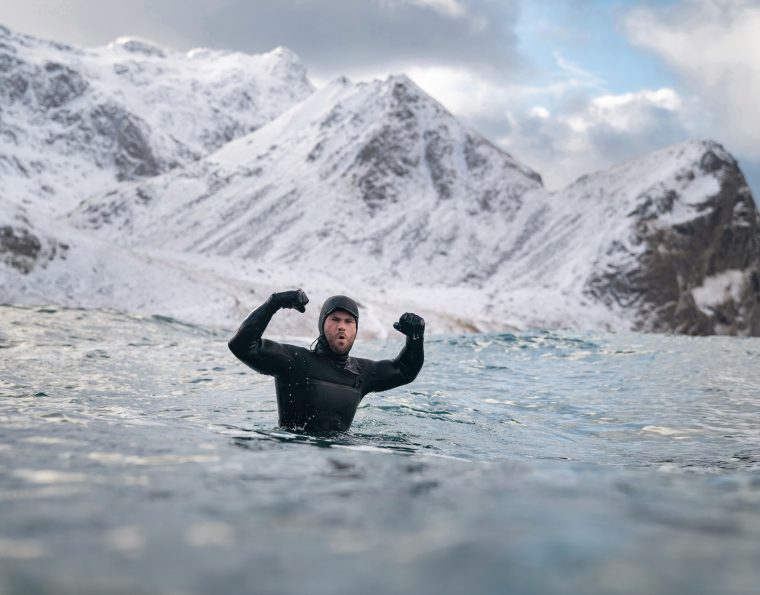 Age better than a billionaire. We can help.

The best science-backed, expert-driven lifespan and healthspan content delivered to your inbox, weekly.

How to Unlock Your Back, One Hurts-So-Good Roll at a Time

7 Compact Ellipticals That Turn Any Corner Into a Gym

Those Buzzy Weight Loss Drugs Have an Alarming New Side Effect